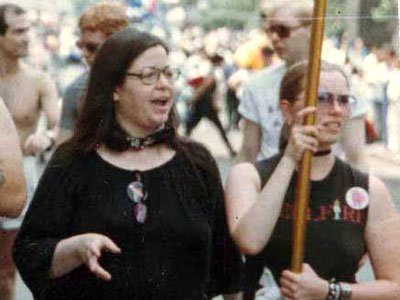 Brenda Howard was radical in every sense of the word. Born in the Bronx, this Jewish, Bisexual, Polyamorous woman is credited as being the “Mother of Pride” for her work organizing the first Christopher Street Liberation March, the first week-long series of events leading up to Pride, and for coining and popularizing the word “Pride” in relation to these celebrations.

Howard worked alongside other LGBTQ, feminist, anti-war, and AIDS activists throughout her life. She was an active participant in both the Gay Liberation Front and the Coalition for Gay and Lesbian Rights. Howard worked to help organize bisexuals for radical activism, political advocacy, and culture change. She helped found the New York Are Bisexual Network, one of the first regional organizations of its kind for bisexuals, as well as serving as a leader in BiPAC (a political activist group) and BiNet (a national resource organization for bisexuals). She is even credited as the founder of the first Alcohol Anonymous meeting specifically for bisexual addicts. She was a leader in both Act Up and later in Queer Nation.

“The next time someone asks you why LGBT Pride marches exist or why Gay Pride Month is June tell them “A bisexual woman named Brenda Howard thought it should be.” – Tom Limoncelli

“Bi, Poly, Switch—I’m not greedy. I just know what I want.” – Brenda Howard