February is Black History Month and OUTMemphis would like to recognize Black LGBTQ+ figures whose work set the modern LGBTQ+ movement into motion. OUTMemphis knows that these historic figures have granted our community the protections and rights that we have today.  Every week in February, we will be recognizing these Black LGBTQ+ figures from the past and present and their historic contributions. These individuals continue to empower, connect, educate, and advocate for the LGBTQ+ community. OUTMemphis strives to follow in their legacies by providing programs and services that continue to impact the Mid-South LGBTQ+ Community.

Check back in every week as we add more influential Black LGBTQ+ individual highlights. 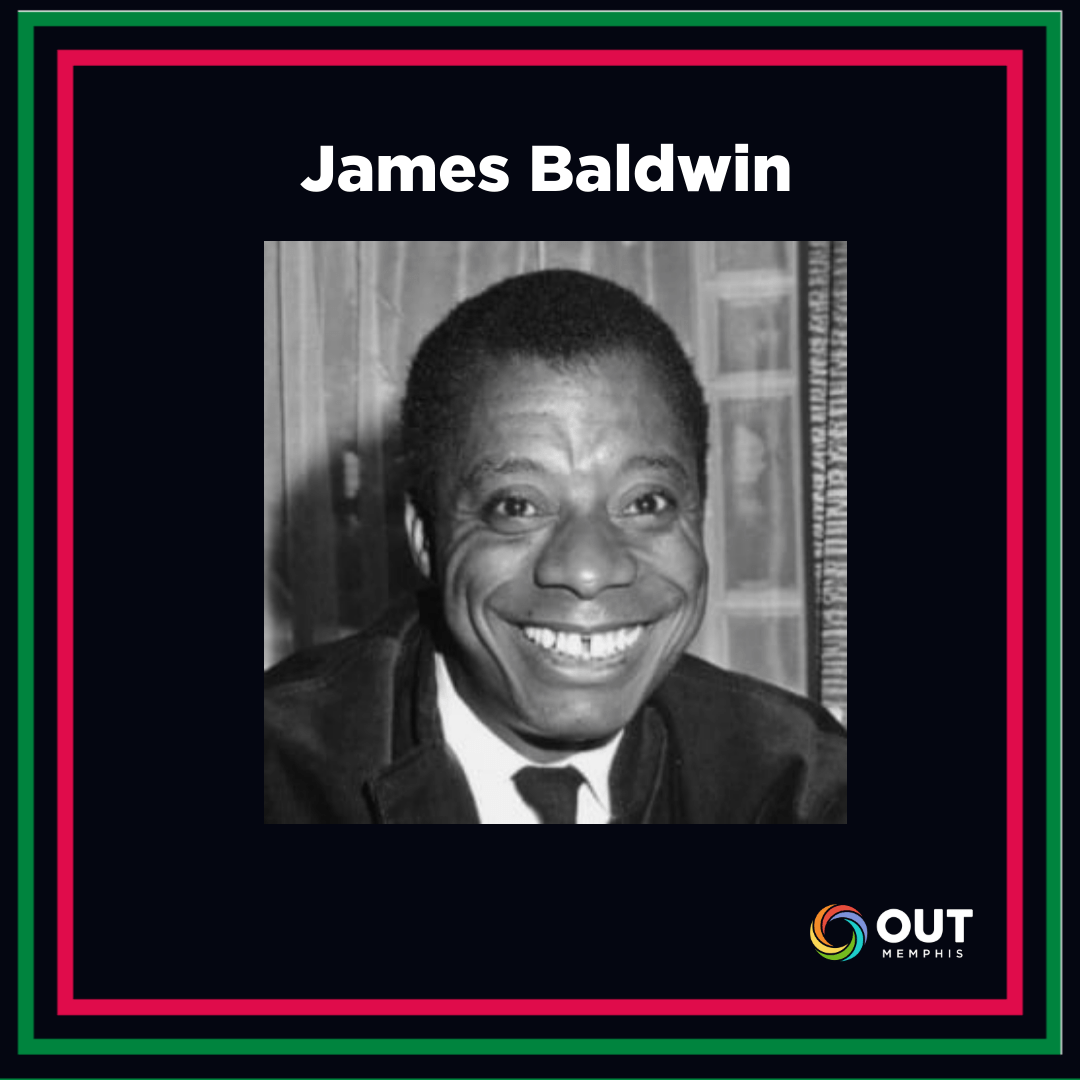 James Baldwin was an American novelist, playwright, essayist, poet, and activist. Baldwin’s writings on race, social issues, and being black and gay in America served as a historic example of intersectional representation for his time. 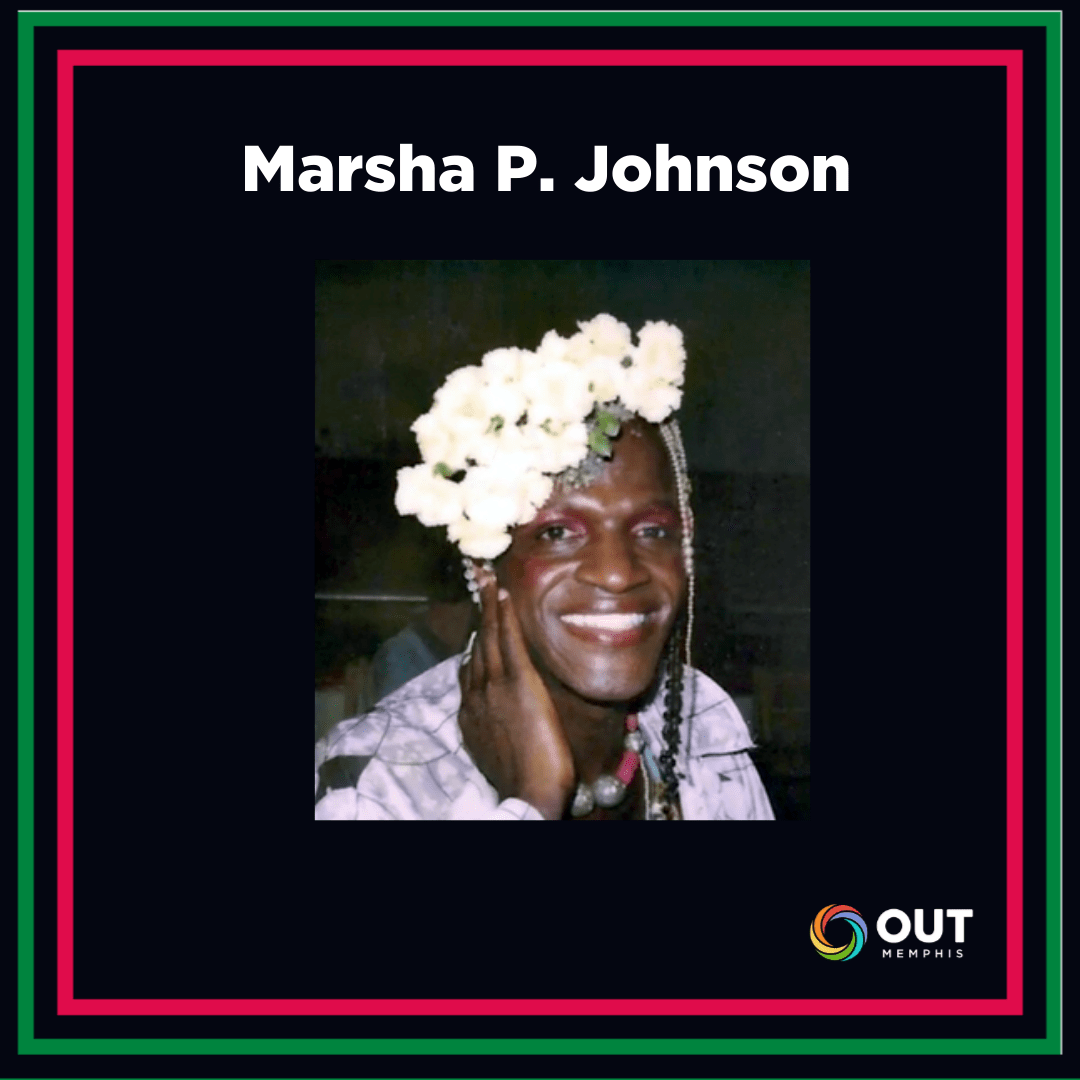 Marsha P. Johnson was a prominent activist for the gay liberation movement of her time. On June 28, 1969, Marsha was a driving force behind the Stonewall uprising and has been recognized as a leader in the gay liberation movement. Along with her role in Stonewall, Marsha and her friend Sylvia Rivera co-founded the Street Transvestite Action Revolutionaries (S.T.A.R) which committed to helping homeless transgender youth. 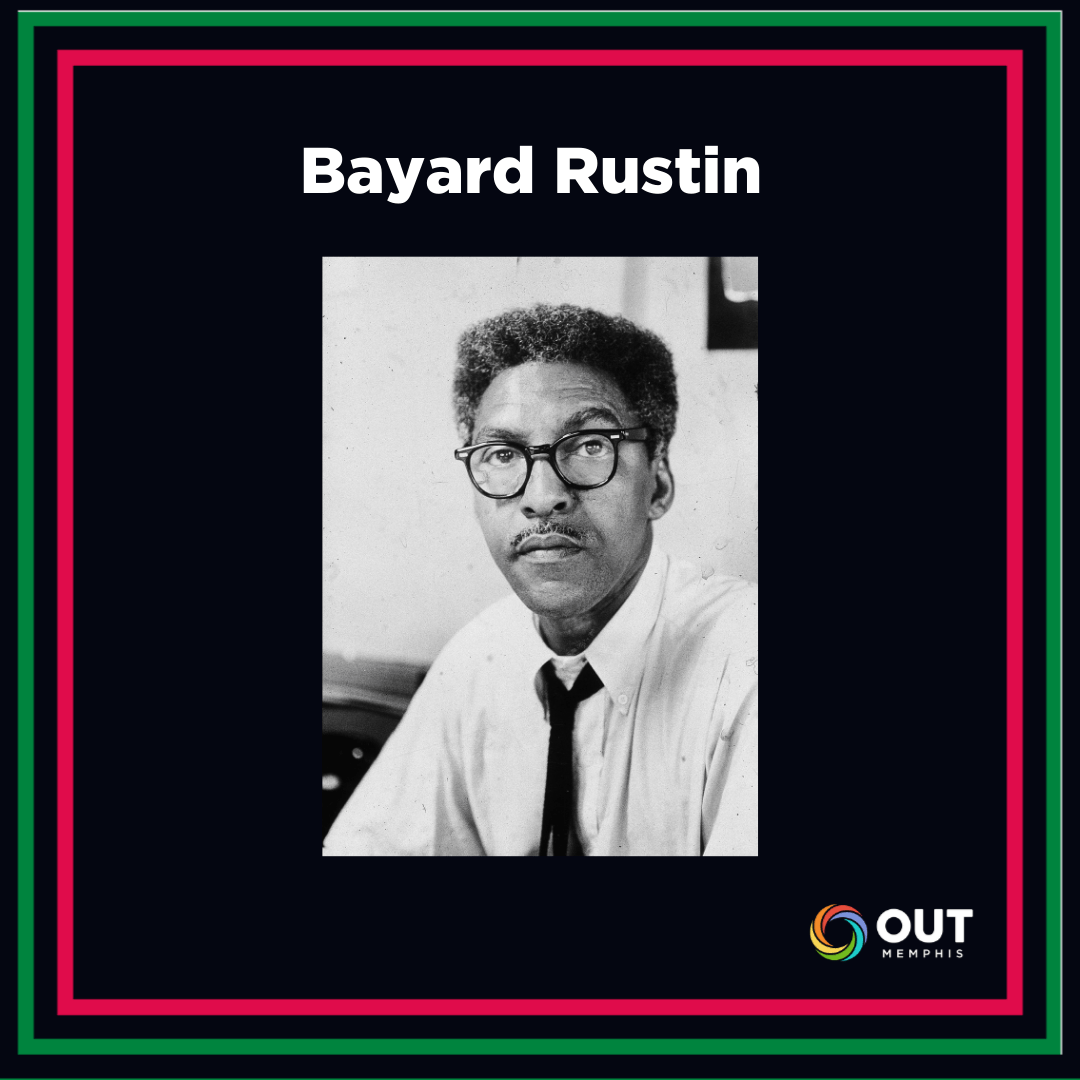 Bayard Rustin was an American leader in the civil rights, socialism, nonviolence, and gay rights movements. Rustin was a key advisor to Dr. Martin Luther King, Jr. during the Montgomery Bus Boycott. He was affectionately referred to as “Mr. March-on-Washington” by A. Philip Randolph. He organized and led a number of protests in the 1940s, 1950s, and 1960s, including the 1963 March on Washington for Jobs and Freedom. 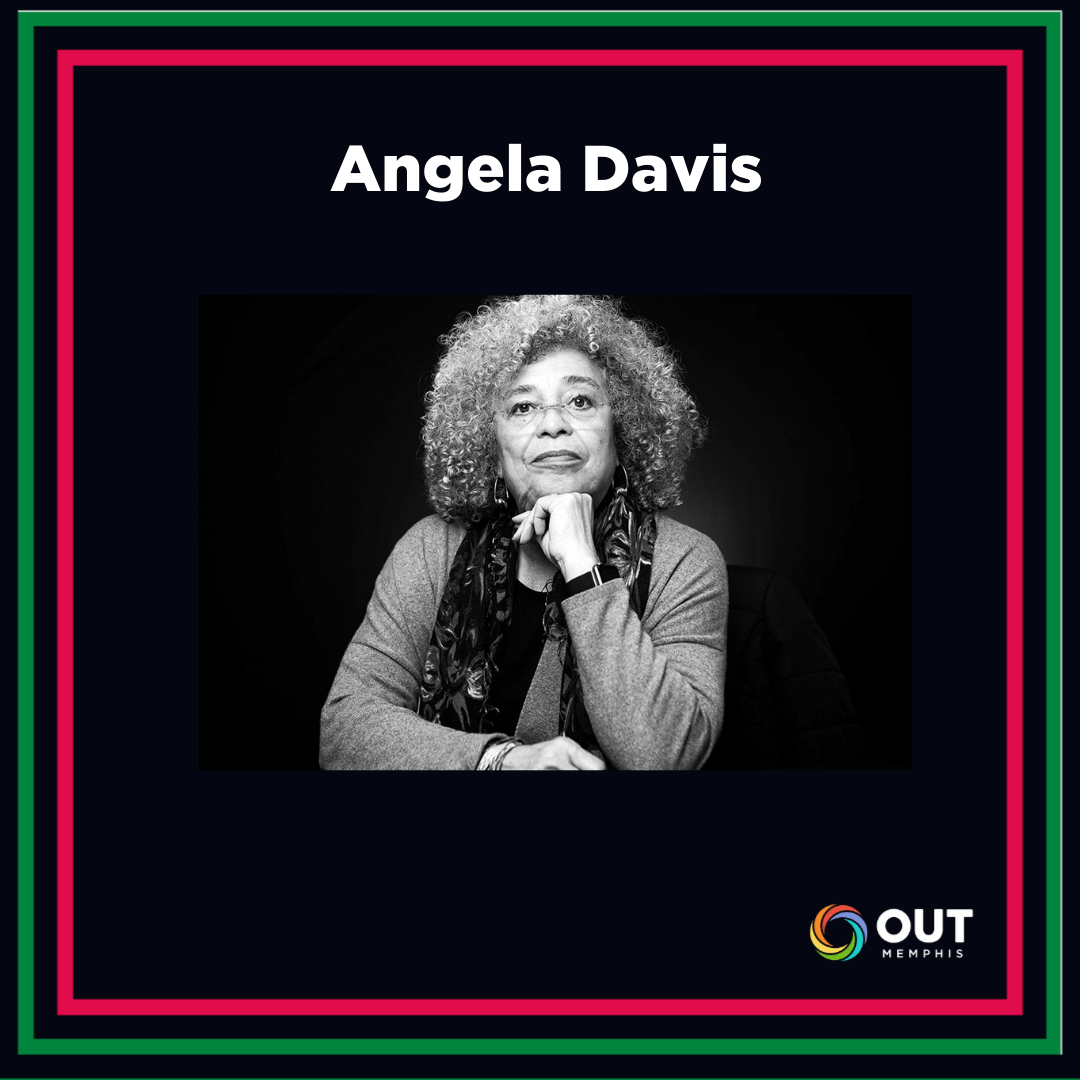 Angela Davis is a political activist, philosopher, academic, and author. Her work has always emphasized the importance of building communities of struggle for economic, racial, and gender justice. She is also a founding member of Critical Resistance, a national organization dedicated to the dismantling of the prison industrial complex. 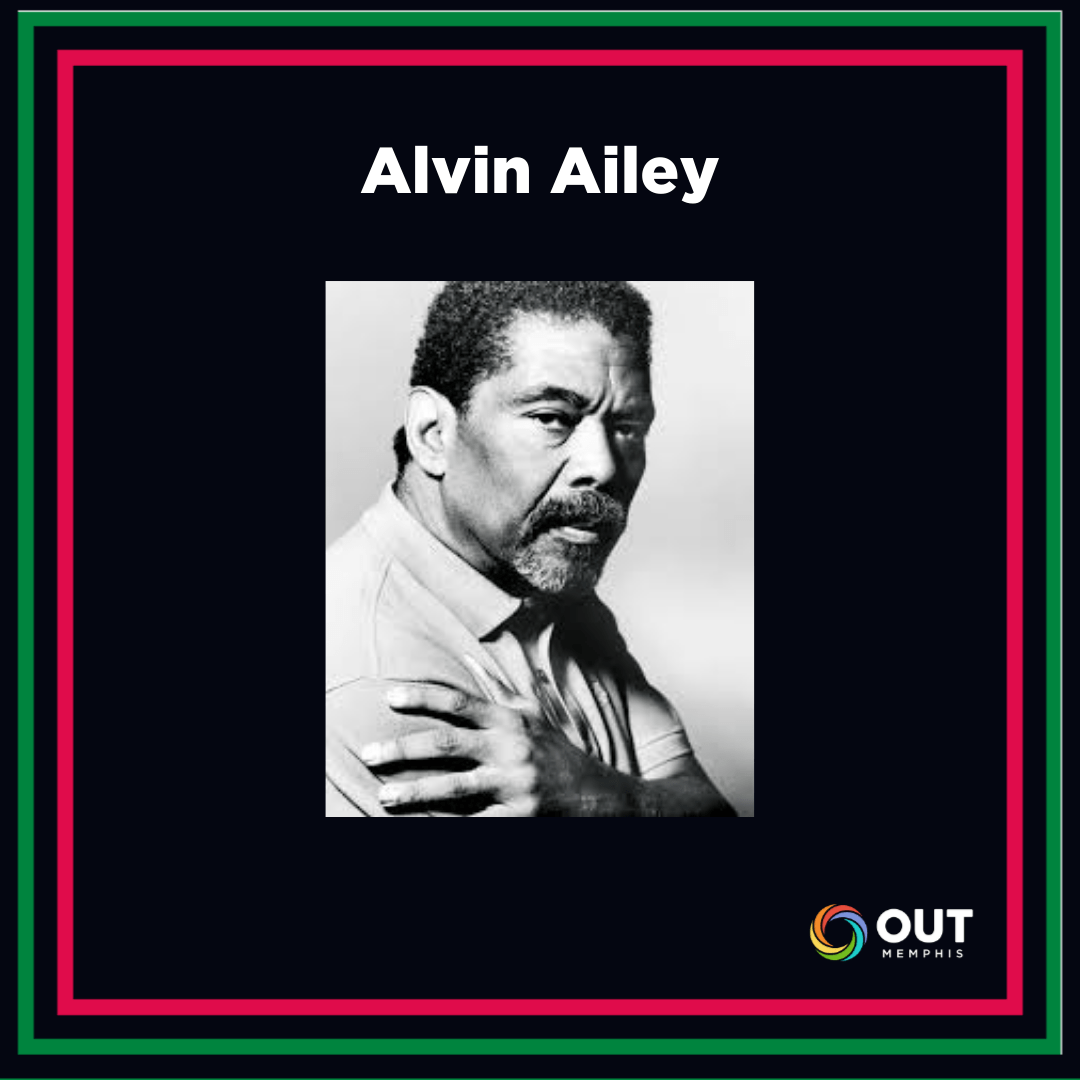 Alvin Ailey was a choreographer and founded the Alvin Ailey American Dance Theater (AAADT) in 1958. AAADT served as a haven for nurturing black artists and expressing the universality of the African-American experience through dance. His work fused theatre, modern dance, ballet, and jazz with black vernacular which helped spread global awareness of black life in America. 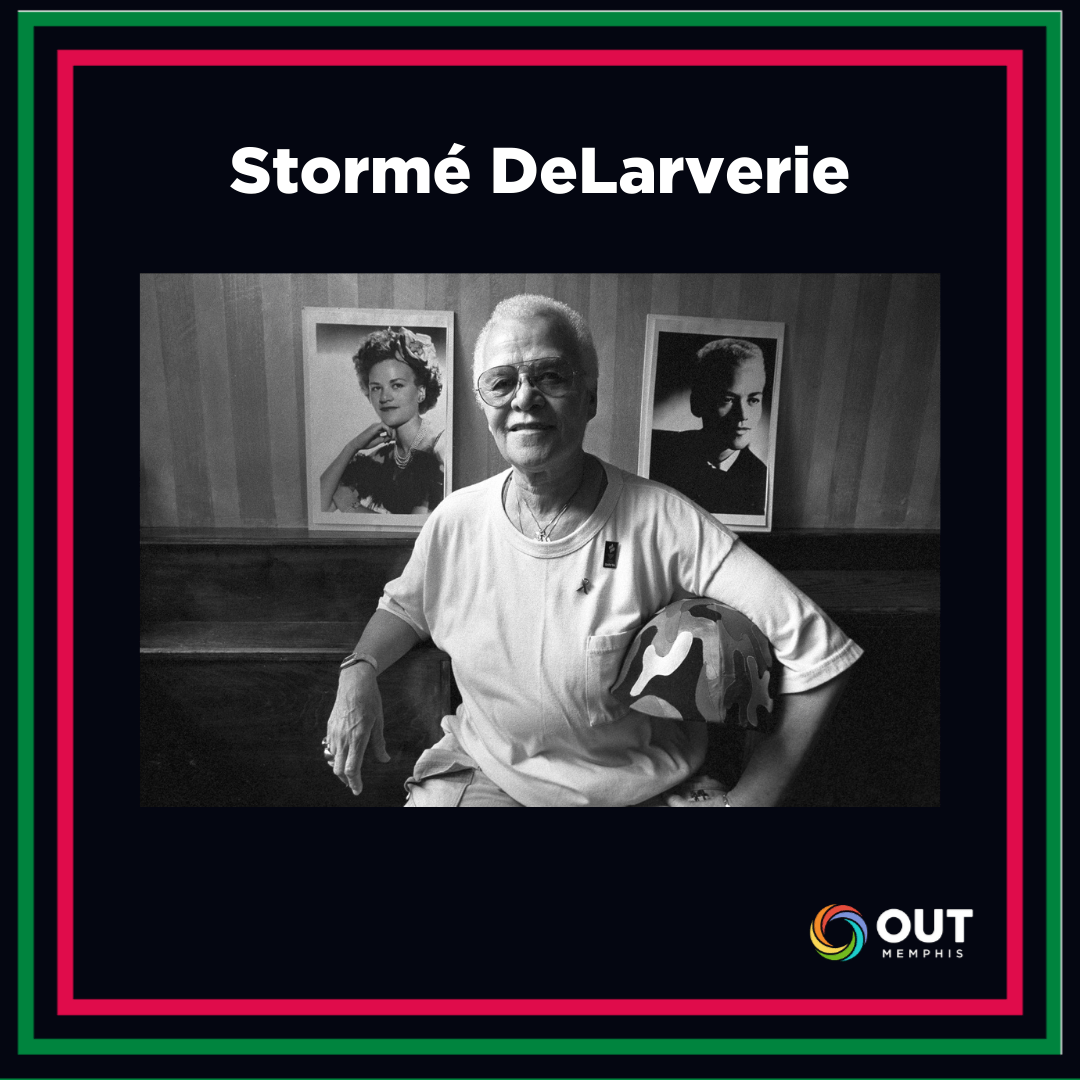 Stormé DeLarverie was a lifelong gay rights activist and drag king performer who began performing in 1946 at the Jewel Box Revue. She was a well-known icon and later played a pivotal role in the Stonewall uprising. 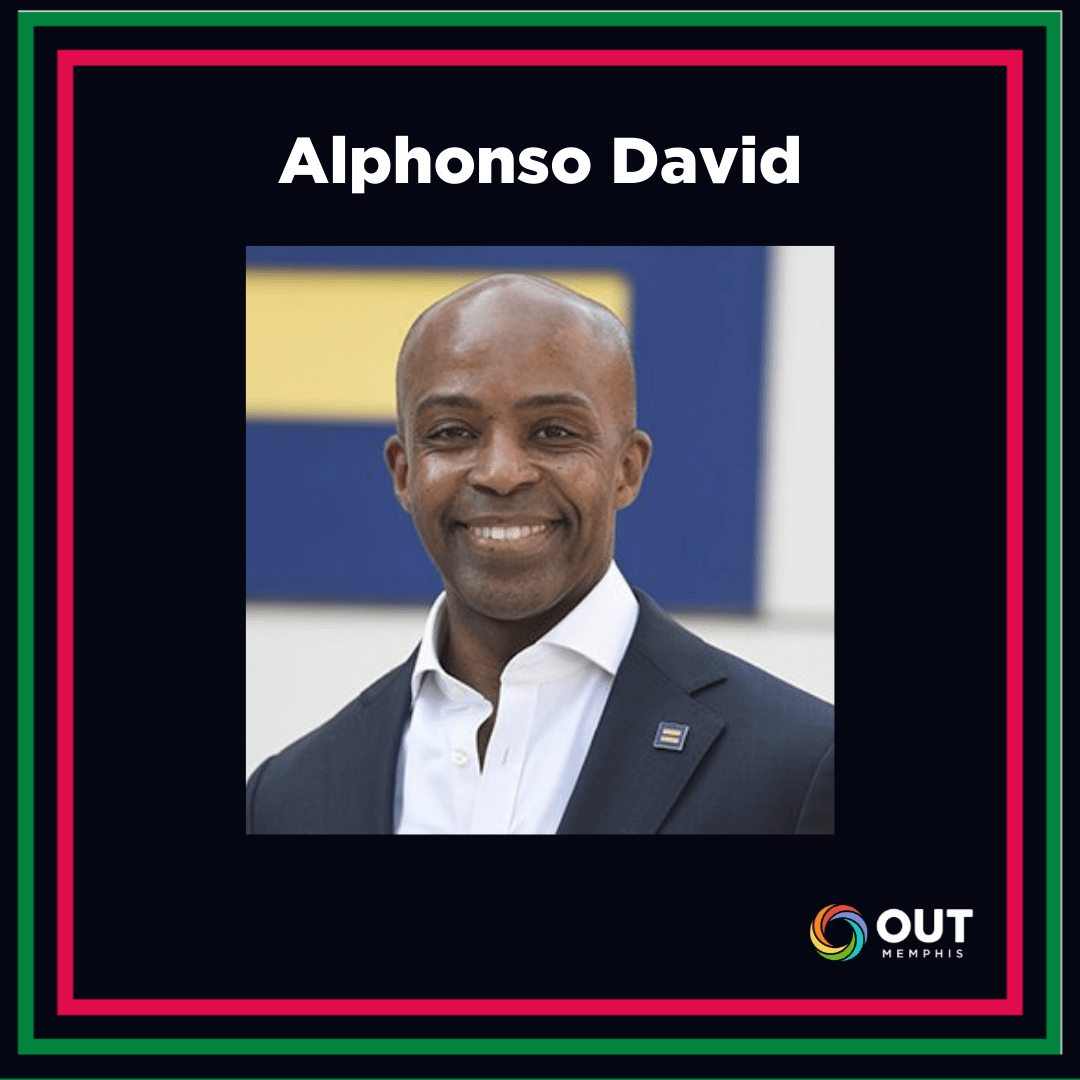 Alphonso David is an attorney, and LGBTQ+ civil rights, leader. In August 2019, he became the president of the Human Rights Campaign.⁠
He is the first civil rights lawyer and the first person of color to serve as president of the organization in June 2020, in honor of the 50th anniversary of the first LGBTQ Pride parade, Queerty named him among the fifty heroes “leading the nation toward equality, acceptance, and dignity for all people.” ⁠ 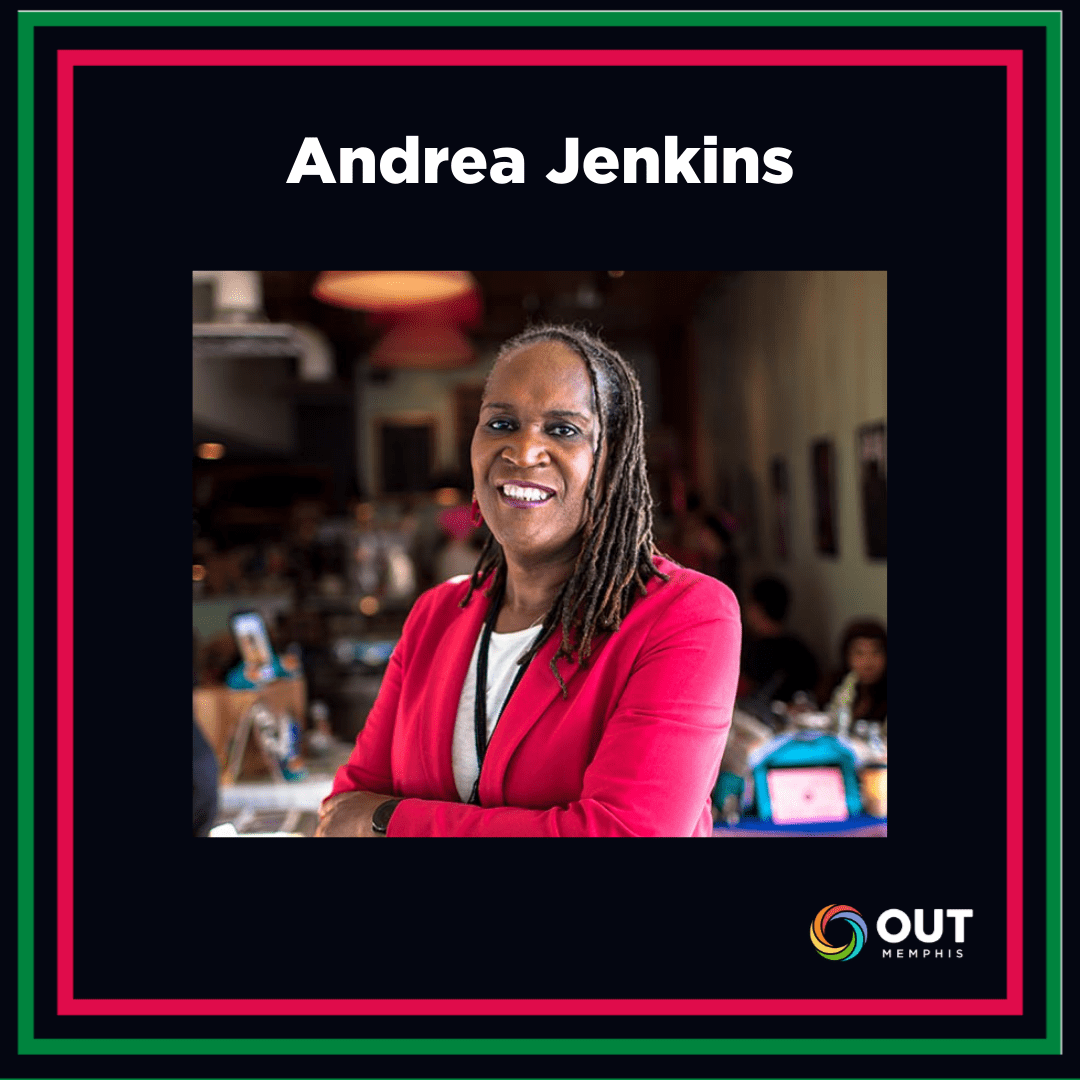 Jenkins is the first black openly transgender woman elected to public office in the United States. She has been serving on the Minneapolis City Council since January 2018. In addition to her hard work serving the people of her ward; Andrea Jenkins also co-founded the PAC Trans United Fund which works to assist trans candidates and organizers at different political levels. Jenkins is truly paving the way for a future with more trans folks in politics. Phil Wilson is a prominent African-American HIV/AIDS activist American activist who founded the Black AIDS Institute in 1999. Black AIDS Institute is the only national HIV think tank focused exclusively on Black people. Its mission is to stop the AIDS pandemic in Black communities by engaging and mobilizing Black institutions and individuals in efforts to confront HIV.

If you or someone you know would like to get tested for HIV, we offer free testing at the Center (892 S Cooper Street) every Monday and Thursday from 6 pm-9 pm, no appointment needed.

OUTMemphis is proud to continue to fight HIV in our community by providing free testing and knowledge about how to move forward. 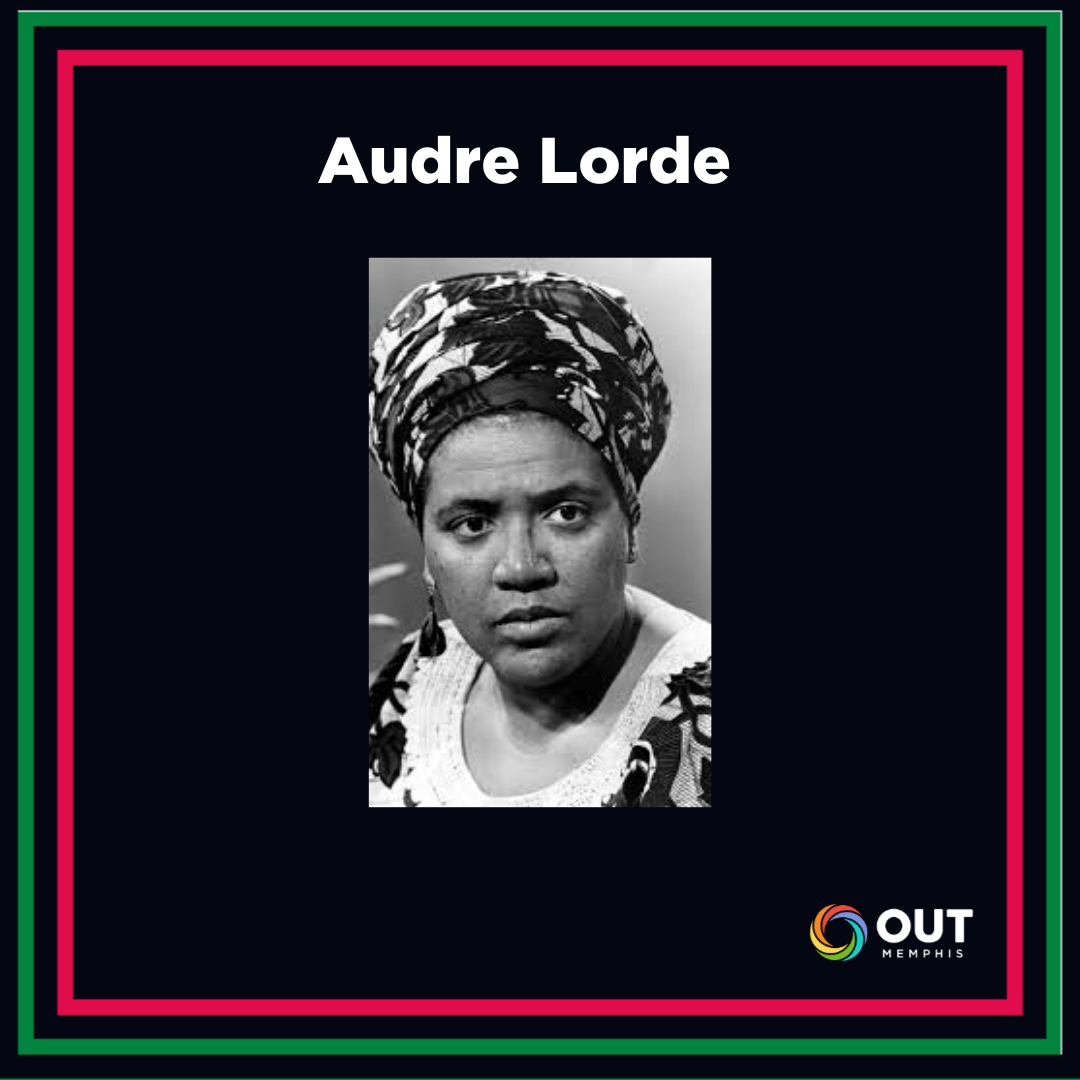 Audre Lorde was an American writer, feminist, womanist, libertarian, and civil rights activist who was a significant force in the shaping of feminist thought and lesbian culture. Her talents were dedicated to confronting and addressing injustices of racism, sexism, classism, capitalism, heterosexism, and homophobia. Her works dealt with issues related to the intersectionality between sexual orientation against oppression. Her poetry also focused on illness, disability, and the exploration of Black female identity. ⁠ Emil Wilbekin is a journalist, media executive, stylist, content creator, culture critic, and human-rights activist. He is most known for his work as the former editor-in-chief of Vibe Magazine and GIANT Magazine as well as the editor-at-large at Essence Magazine and managing editor of Essence.com, and chief content officer of Afropunk. He is the founder of Native Son which is an organization dedicated to empowering and lifting up Black gay men through positive representation and business opportunities. ⁠ 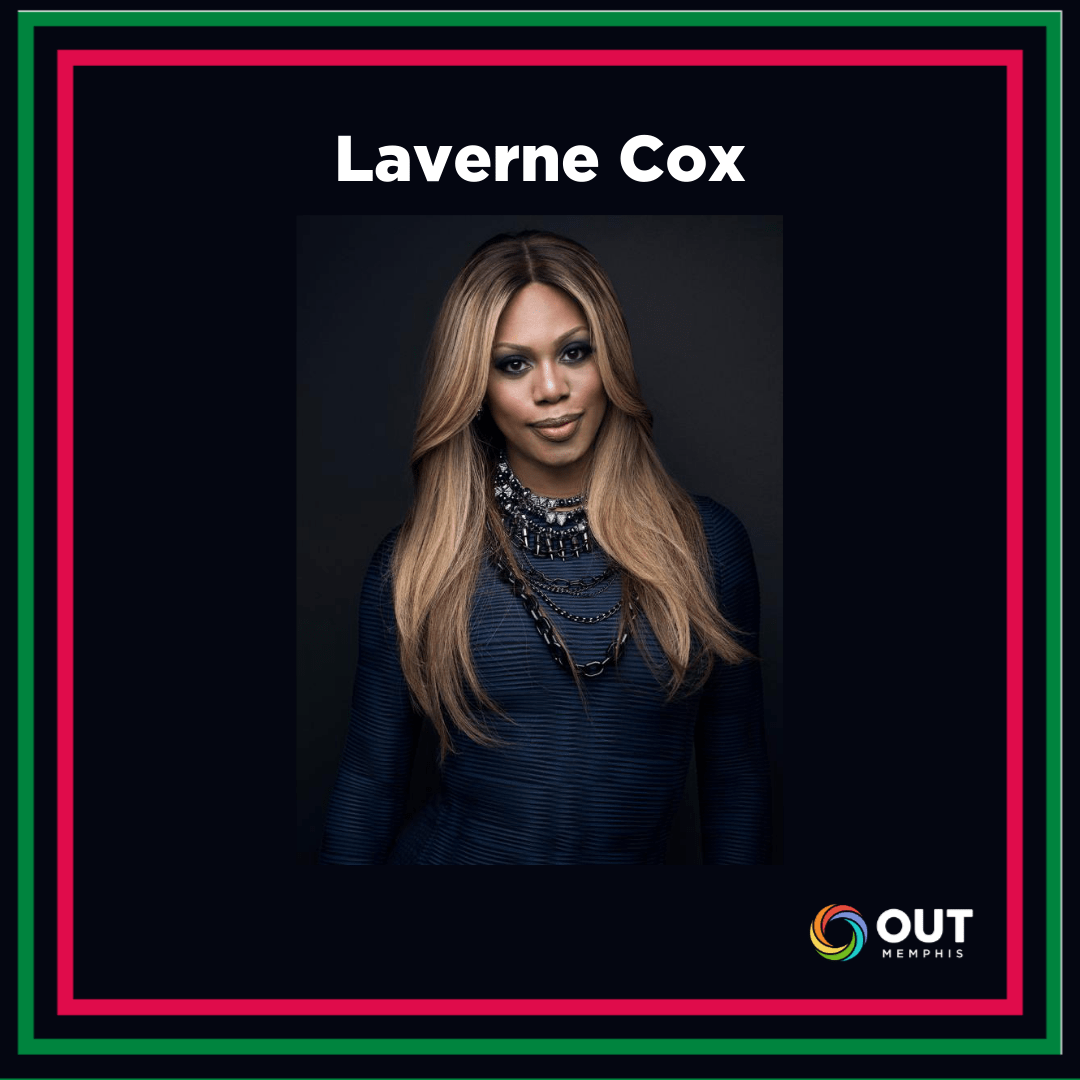 Laverne Cox is an actress who has been revolutionary for breaking down barriers for trans women in entertainment. Most known for role as Sophia Burset on the Netflix series Orange Is the New Black, Cox is the first openly transgender person to be on the cover of Time magazine, to be nominated for a Primetime Emmy, to have a waxwork in Madame Tussauds, as well as the first openly transgender woman to win a Daytime Emmy as an Executive Producer. Cox was awarded an Honorary Doctorate from The New School in New York City for her progressive work in the fight for gender equality in 2016.

She has used her notoriety to consistently advocate for and raise awareness about the trans community, their experiences, and the issues they face and has made a significant impact in the pursuit of greater visibility for the trans community.