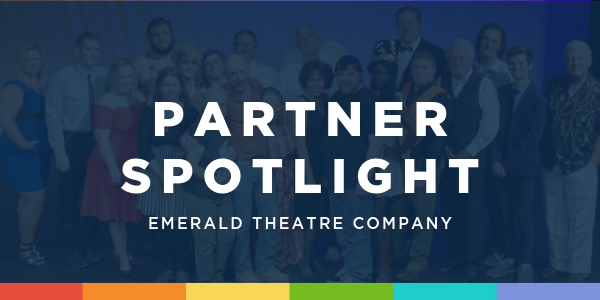 Emerald Theatre Company is an LGBTQ group that produces queer-focused theatre with the intention of making the LGBTQ voice heard on the stage in Memphis. From their website:

“ETC founder, Den-Nickolas Schaeffer-Smith always dreamed of creating a theatre company. He started with Lollipop Guild Productions. Once it was decided to start producing on a regular basis, the decision was made to change the name to conform to the image of a serious theatre company. He was offered the opportunity to become a resident company at THEATREWORKS in Memphis, Tennessee, and with that Emerald Theatre Company was launched. Early on the journey Den met Hal Harmon who quickly became Den’s best friend and joined ETC as Co-Artistic Director. As their friendship grew, so did their common goal for producing productions that gave a voice to the LGBTQ community. Over their years of residency at THEATREWORKS, Den & Hal have produced over 80 productions. Many of them have been Mid-South premieres. Now in their 21st year of residency they are no longer the “taboo” theater company and have established themselves as one of the longer running residency companies at THEATREWORKS. As their reputation grows and new traditions are brought to fruition, Den and Hal continue to commit themselves to providing their loyal patrons memorable and thought provoking productions.”

ETC has produced LGBTQ-themed plays for decades in Memphis, and is in its 22nd year of operation at Theatreworks. This season, ETC is producing a show called “Wolves”. Following is a show synopsis from ETC:

“When Jack decides to venture out into the night for a little fun, ignoring his ex-boyfriend Ben’s feverish warnings, he brings home someone who unknowingly will alter the mens’ lives forever. Come join us to see how this cautionary tale ends and hopefully you’ll find a moral or two.” 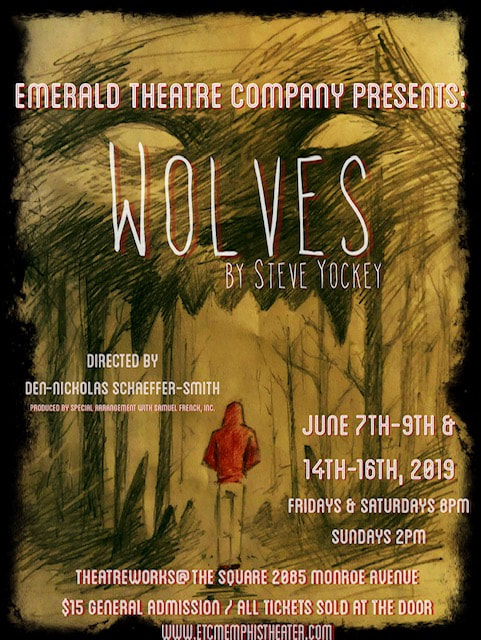 “Wolves” will be showing June 7th-9th and June 14th-16th at Theatreworks. For more information on this production, including times, dates, and how to get tickets, visit their Facebook event page or their website.