Meristem Book Club will be joining novel. for the book-signing and release party of e.E. Charlton-Trujillo‘s new book Fat Angie: Rebel Girl Revolution on April 8th at 6:00p. The author will be on site, answering questions and talking about her new book. Make sure to get there early, because 20% of the profits of Fat Angie: Rebel Girl Revolution from this event will be donated to OUTMemphis! 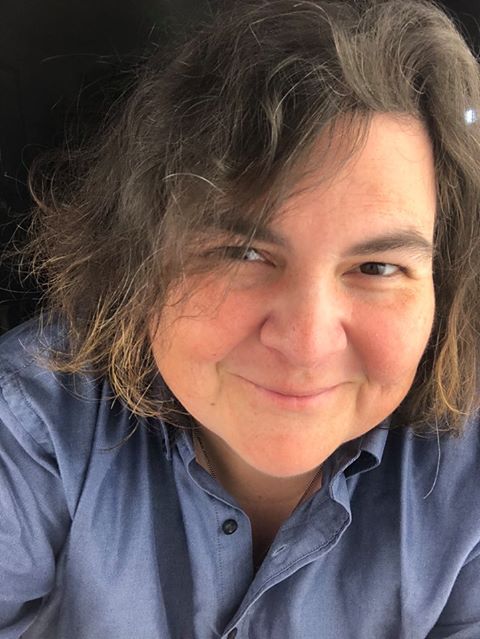 “Mexican American writer, filmmaker and Texas native, e.E. Charlton-Trujillo is the Stonewall Award-Winning author of Fat Angie and other books for teens and children. Kirkus Reviews celebrated her as a “force of nature” for her activism with youth as seen in the documentary At-Risk Summer. A film that chronicles her unorthodox book tour across America to empower youth on the fringe via writing and raw discussion. She is the co-founder of the non-profit, Never Counted Out, which empowers at-risk youth via free book donations and artists mentorship. Her highly anticipated novel Fat Angie: Rebel Girl Revolution releases March 5, 2019.

“On her last book tour, Eunice road tripped across the country and met with at-risk youth at organizations and bookstores, while being filmed by a documentary crew for the documentary At-Risk Summer. Following her tour, she formed a non-profit to bridge the gap between at-risk youth and artists called Never Counted Out. The book went on to win the Stonewall Award for exceptional merit relating to the gay/lesbian/bisexual/transgender experience and was chosen as a Lambda Literary finalist. Now, with the release of the sequel of the book, we would are incorporating bookstore events with visits to nearby LGBT youth programs. She is a pro at in-school visits and is a strong presenter.”

“More trouble at school and at home — and the discovery of a missive from her late soldier sister — send Angie and a long-ago friend on an RV road trip across Ohio.

Sophomore year has just begun, and Angie is miserable. Her girlfriend, KC, has moved away; her good friend, Jake, is keeping his distance; and the resident bully has ramped up an increasingly vicious and targeted campaign to humiliate her. An over-the-top statue dedication planned for her sister, who died in Iraq, is almost too much to bear, and it doesn’t help that her mother has placed a symbolic empty urn on their mantel. At the ceremony, a soldier hands Angie a final letter from her sister, including a list of places she wanted the two of them to visit when she got home from the war. With her mother threatening to send Angie to a “treatment center” and the situation at school becoming violent, Angie enlists the help of her estranged childhood friend, Jamboree. Along with a few other outsiders, they pack into an RV and head across the state on the road trip Angie’s sister did not live to take. It might be just what Angie needs to find a way to let her sister go, and find herself in the process.”

For more information on this event, check out the Facebook event.

For more information on Meristem Book Club, check out the web page, the Facebook group, or email us!